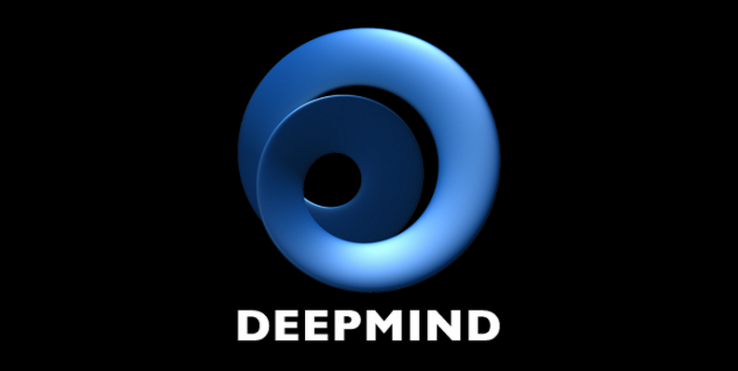 Over the past few years, Google has become much more than a search engine by branching out into clean energy, self-driving cars, health care, robotics, and smart thermostats. In a previous article, I noted how these deals were realizing both utopian and dystopian sci-fi fantasies.

Google recently acquired DeepMind Technologies, a London-based company specializing in artificial intelligence, for $400 million. Although $400 million is pocket change for the search giant, which finished last quarter with $54.7 billion in cash and equivalents, the purchase is a significant one that could eventually spell trouble for Nuance Communications and Apple .

Why Nuance and Apple fear Google

To understand why Google acquired DeepMind, we should first take a closer look at Nuance and Apple.

Nuance is best known as the maker of Apple’s virtual assistant, Siri, but it also has a huge footprint in health care with its voice capture, recognition, and documentation products, which assist physicians in improving their daily workflow.

The big problem with Nuance’s business, however, is that its health care segment is outgrowing its mobile and consumer segment by a wide margin. In fiscal 2013, revenue at the health care segment (which accounts for 49% of Nuance’s top line) rose 36% year-over-year. Meanwhile, revenue at the mobile and consumer segment (which accounts for 26%) fell nearly 6%.

The rise of Google Android smartphones, tablets, and hybrid devices was a major contributor to Nuance’s decline in the consumer segment, since its fate is so closely tied to Apple’s. Google is also pushing Android into smart TVs, smart appliances, and cars, which have all steadily eroded the importance of iOS.

A car with an Android OS installed. (Source: 531bwb.com)

Since Google Now uses voice search to tie together Google’s entire ecosystem of essential apps — Maps, YouTube, Docs, GMail, and Search — it is a more attractive choice than Siri for users dependent on those services.

Wintermute, which is still in the early stages of development, evolved out of Nuance’s Dragon TV voice control system, which was originally designed for set-top boxes, cable boxes, and smart TVs. Nuance aims to turn Wintermute into a fully cloud-based, cross-platform assistant that can work on smartphones, tablets, PCs, or home entertainment systems.

For example, if you were listening to a song in your cloud-connected car when you got home, you could walk into the living room and tell your smart TV to “keep playing the song in the car” — and the TV would resume the song at the point where the car left off. In addition, Wintermute is being trained to learn complex, casual commands — such as “throwing on the game.”

Nuance is also developing Wintermute to prepare for a future after Siri, since Apple has long been rumored to be working on a Nuance-free version of Siri.

Google has already laid the technological foundations with the widespread use of Android, which now respectively dominates 81% and 67% of the global smartphone and tablet markets.

With that kind of dominance, Google Now’s voice search feature is well poised to become as useful as its traditional search box — and that thought horrifiesApple and Nuance.

DeepMind was founded by Demis Hassabis, Shane Legg, and Mustafa Suleyman in 2011. The 37-year old Hassabis has had an illustrious career as a child prodigy chess player, a world-class games player, a computer game designer, AI programmer, and neuroscientist. In other words, he’s a genius jack of all trades.

Prior to Google’s acquisition, Facebook had expressed interest in acquiring DeepMind, but the talks ultimately stalled out.

Many of Google’s services — such as language, translation, image search, and voice search — rely on machine learning and AI technologies. The more data they process, the better they become at recognizing objects and predicting needs.

An example is Google Now’s use of “predictive analytics” — which combines location data with calendar entries, emails, and past search queries — to predict what a user will do next. The app then accesses and displays pertinent data without being asked, as seen in the following image: In addition, Google’s interest in AI goes far beyond mobile devices. In May, the company launched a Quantum Artificial Intelligence Lab, hosted by NASA’s Ames Research Center, inviting researchers from around the world to study how quantum computing (which is considered exponentially faster than binary digit-based classical computing) can advance machine learning.

If we put the pieces together, we can see the future of ubiquitous computing as envisioned by Google taking shape — a power grid, smart homes, personal computing devices, robots, and transportation — all linked together by a learning machine customized to each organization, business, or individual user.

Will Google take us to a utopia or a dystopia?

Google’s bold steps show that no company’s ambitions can compare to its vision for the future.

Apple is treading water with iPhones and iPads, Microsoft is still trying to survive the transition from desktop to mobile devices, and Yahoo! is merely trying to stay relevant as a search portal in a Google-dominated world.

However, will Google lead us into a utopia where the definition of “modern conveniences” is completely redefined, or a dystopia in which privacy becomes non-existent and people become defined by predictive technologies?

Let that sink in for a moment, dear readers, and let me know your thoughts on Google’s acquisition of DeepMind in the comments section below!

Want to learn more about Google’s dominance of the smartphone industry?

Want to get in on the smartphone phenomenon? Truth be told, one company sits at the crossroads of smartphone technology as we know it. It’s not your typical household name, either. In fact, you’ve probably never even heard of it! But it stands to reap massive profits NO MATTER WHO ultimately wins the smartphone war. To find out what it is, click here to access the “One Stock You Must Buy Before the iPhone-Android War Escalates Any Further…”

You Will Turn Off Your TV

Television is on its way out. And you’re going to be thrilled. Because that means… as soon as 2014, you could ditch your cable company… along with all the headaches.

But that also means the $2.2 trillion entertainment industry is up for grabs. And The Motley Fool knows exactly which three companies are poised to hijack your cable provider’s profits. Our newest FREE report details everything you need to know to line your pockets as cable crumbles.

Tweet
This entry was posted in DESIGN, TECHNOLOGY, MOVIES, CULTURE. Bookmark the permalink.