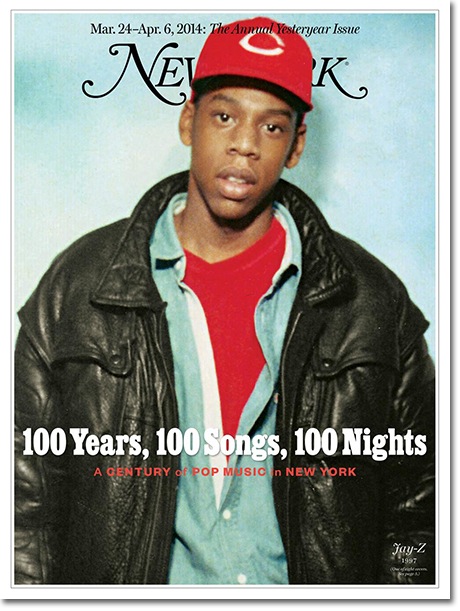 Offering a look back at “100 Years of Pop Music in New York,” eight covers adorn the latest edition of New York magazine’s annual “Yesteryear” issue. A young Jay Z can be seen above on one of the upcoming covers, the photograph was taken in 1997 and sees the New York native wearing a Cincinnati Reds cap with a matching red undershirt, as well as a denim button-down and leather jacket. Other artists who received covers this year include The Notorious B.I.G., Bob Dylan, and Frank Sinatra.

Tweet
This entry was posted in STYLE, PHOTOGRAPHY, CULTURE. Bookmark the permalink.