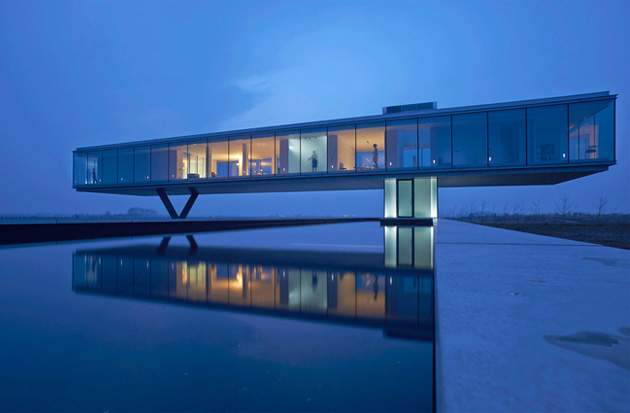 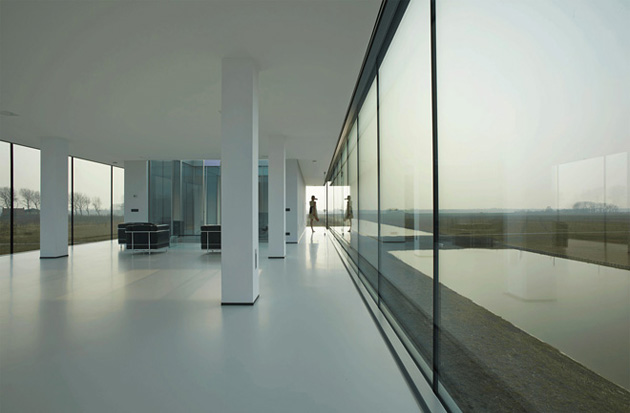 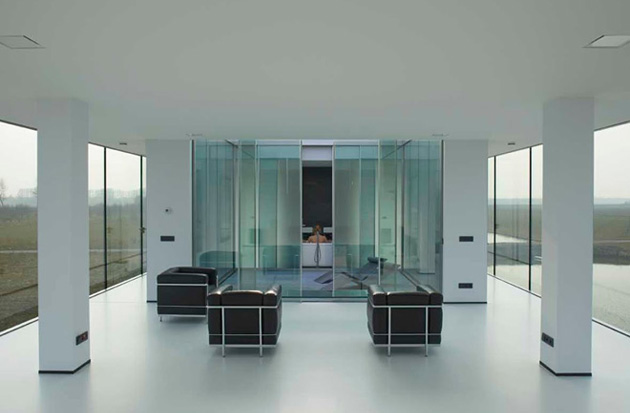 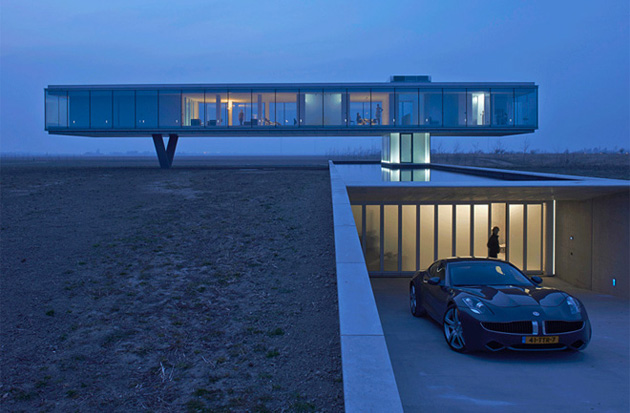 Built on an area that was once farmland in Kamperland, The Netherlands, Villa Kogelhof by Paul de Ruiter Architects is a completely energy neutral house that is built around sustainable living. The house sits on an estate that is reached by a deserted road leading to the house. Initiated by the government, the estate forms a program that aims to connect regional ecological zones throughout The Netherlands, with permission to build granted only on the condition that the land was returned to its pre-agricultural state. In 2006, roughly 71,000 six-year-old trees were planted on the plot of land to help achieve this goal, one day leading to a villa in the woods.

Entered via a sloping underground driveway, the parking, storage, and a workspace are situated underneath, while the living area, kitchen, bedrooms, bathroom, and a patio are encased in the floating glass box above ground, overlooking a man-made pond. With a complete glass facade, the technical modern design contrasts with the natural setting of the surrounding landscape. In order to be self-sufficient the house features a climate-facade that creates its own ventilation system, and is powered by electricity generated from PV-cells on the roof and a soon-to-be-built windmill. Villa Kogelhof was the recipient of the prestigious Dutch ARC13 Architecture Award.