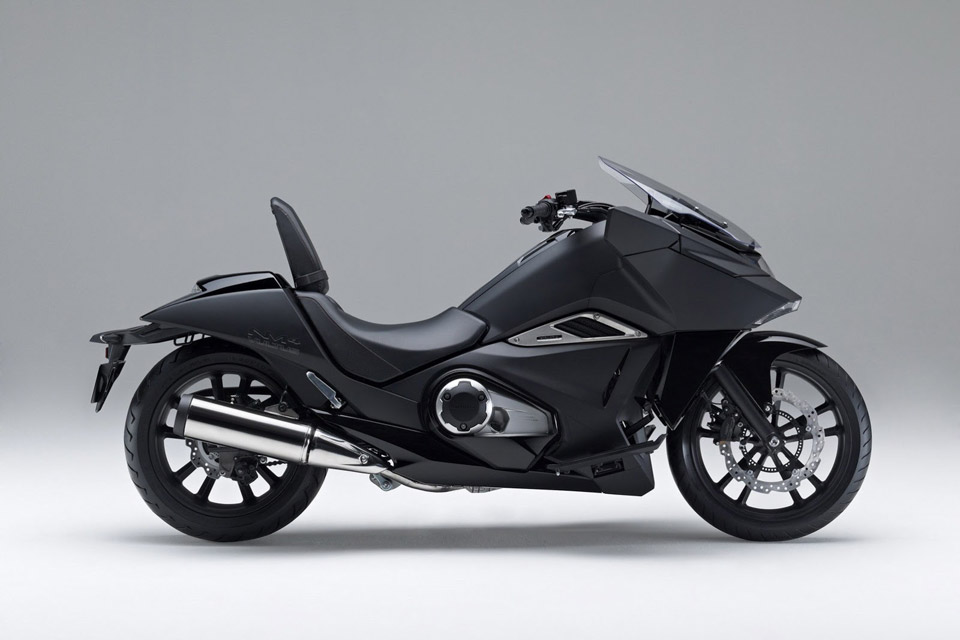 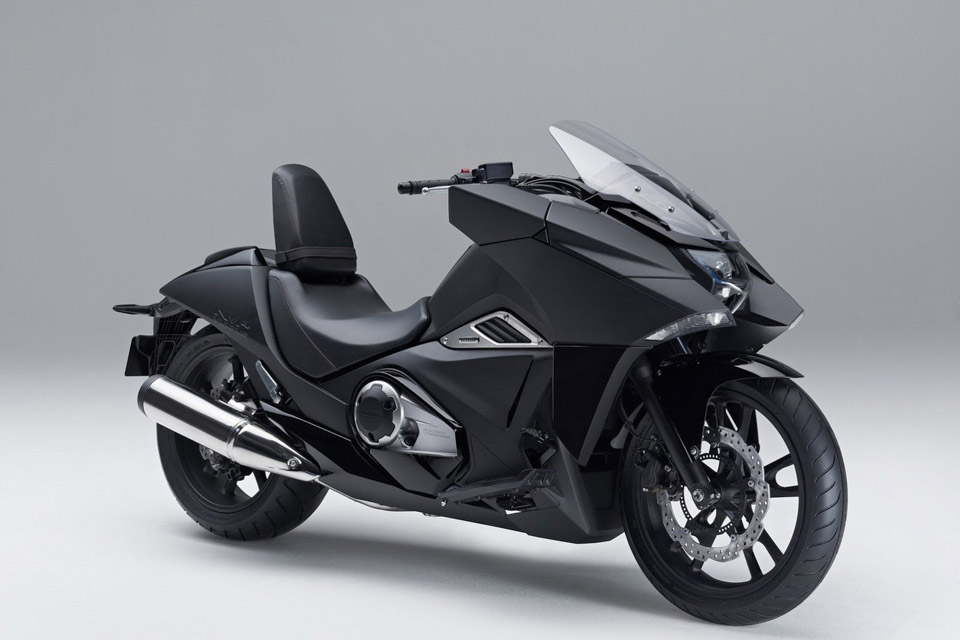 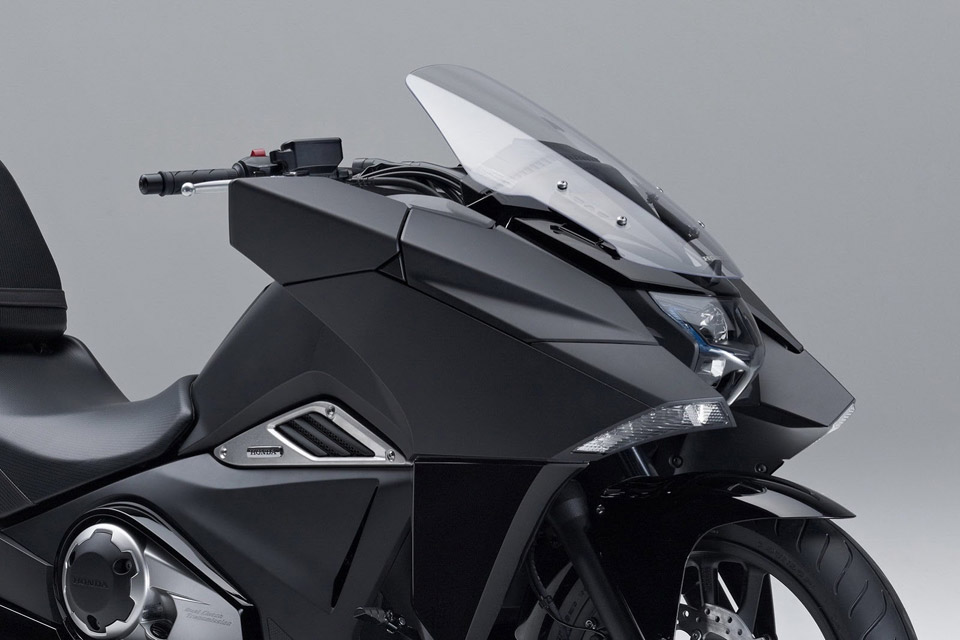 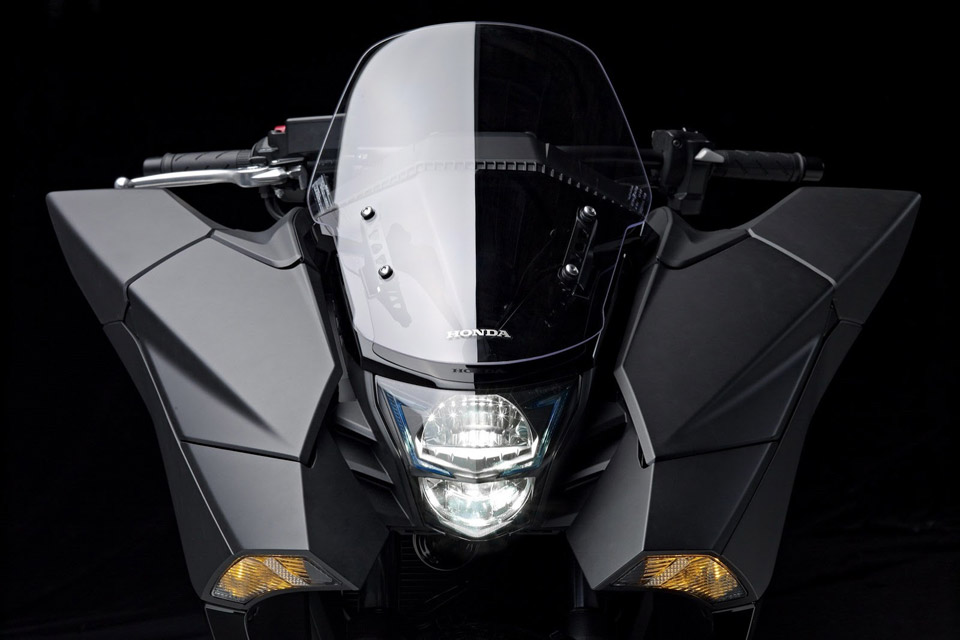 At the 30th Osaka Motorcycle Show, Honda unveiled two new bikes inspired by “futuristic machines seen in the anime and manga television and film styles, known collectively as ‘Japanimation.’” The bikes include the matte black NM4-01 and its white counterpart NM4-02, with the latter incorporating utility boxes at the rear wheels on either side of its design. Both NM4s feature a 745cc twin-cylinder engine, paired with a Dual Clutch Transmission that allows the driver to switch between automatic and manual modes. The Japanese automobile manufacturer aims to reach a wider audience with the bikes, as it “represents a machine capable of crossing traditional two-wheeled lines.”

Tweet
This entry was posted in DESIGN, PHOTOGRAPHY, TECHNOLOGY, CULTURE. Bookmark the permalink.