Interiors Breaks Down the Design of Kanye West Yeezus Tour 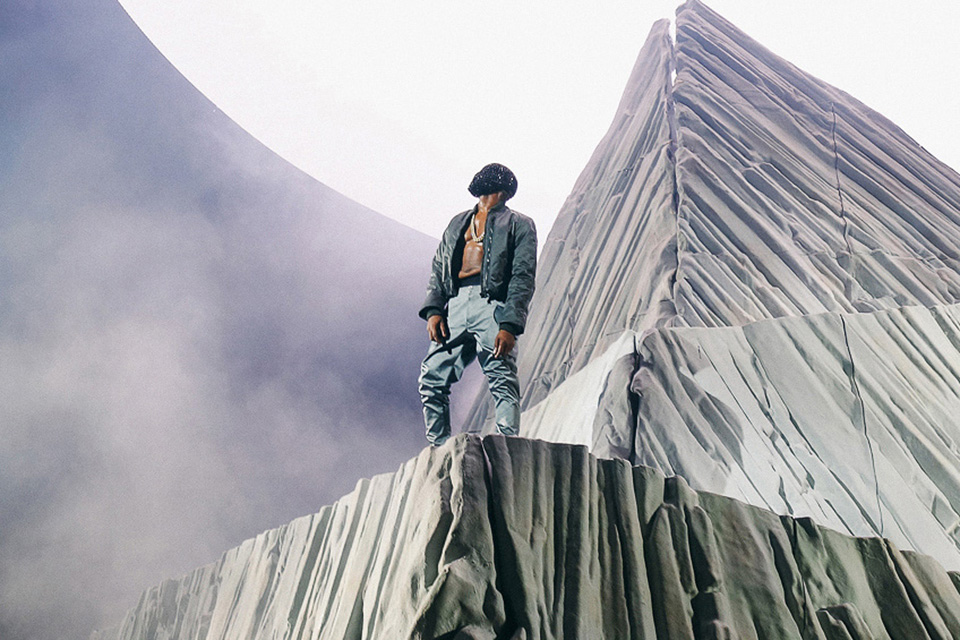 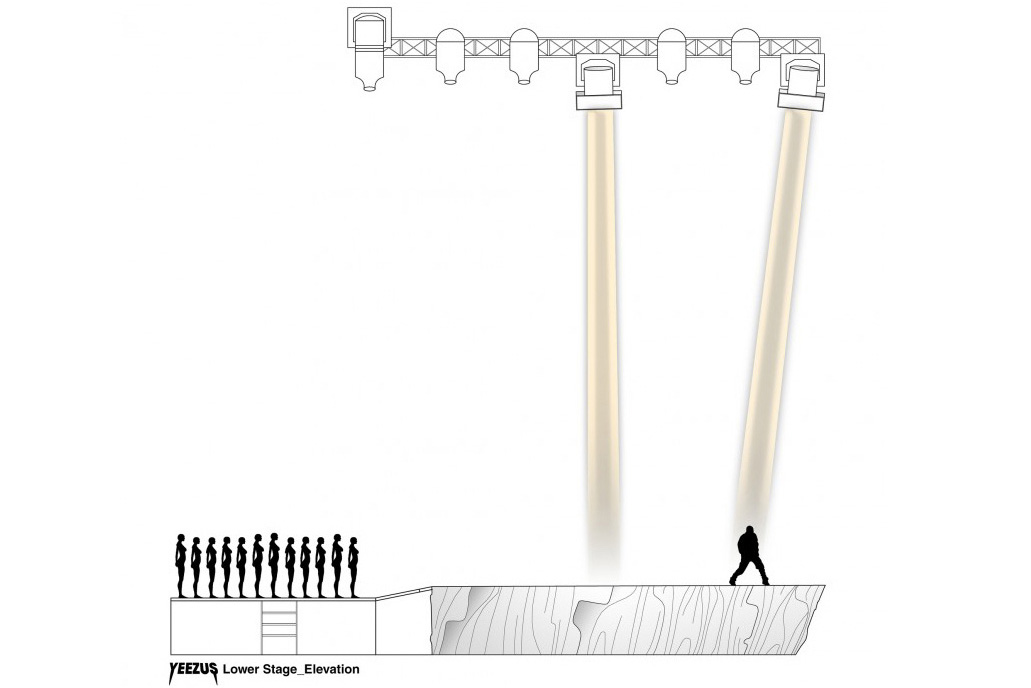 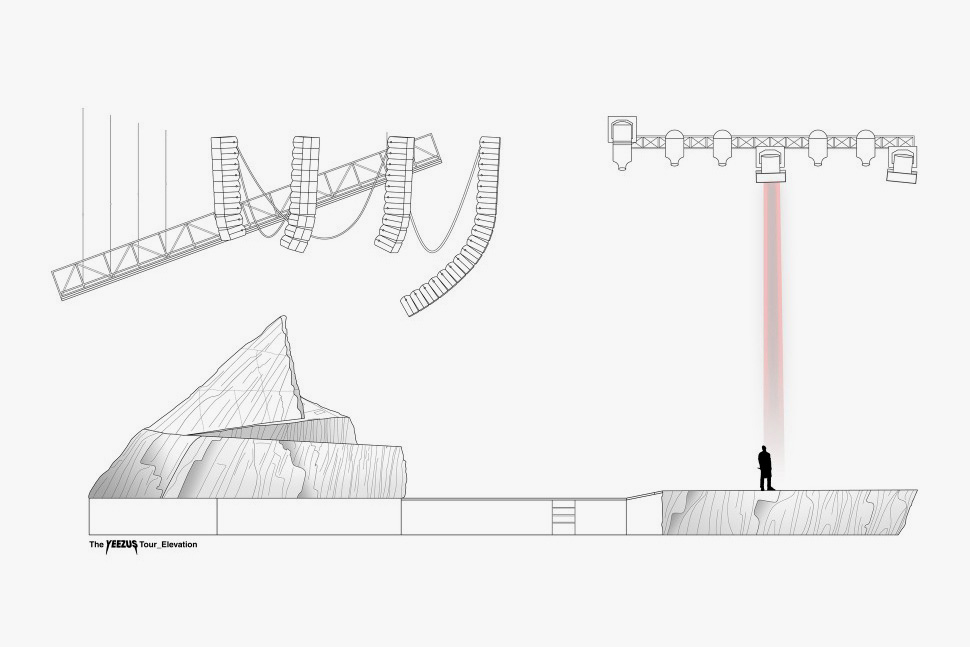 Interiors (a film and architecture journal in which films are analyzed and diagrammed in terms of space) recently had the opportunity to attend two shows of Kanye West’s Yeezus tour. After gaining some insight, they’ve managed to publish one of the most thorough breakdowns of Kanye West’s modern-day performance.

“Kanye has said that the initial vision for The Yeezus Tour came from imagining the end of the world. The visuals of explosions, fire, mountains, masked beings, creatures and God all make their way into the experience of the show.”

“During his performance at the Barclay’s Center In Brooklyn, New York, on November 19, 2013, Kanye West expressed that Alejandro Jodorowsky’s film The Holy Mountain (1973) was an important touchstone for the design of the tour. The Holy Mountain is about a Christ-like figure who wanders through bizarre scenarios filled with religious imagery. The man meets a guide, as well as seven influential people, and all nine embark on a journey seeking “The Holy Mountain.” There are various aspects of the show that are influenced from the film, including the stage, which includes a mountain, the choreographed installation of nude women, masks and inclusion of a holy figure. In the opening minutes of the film, a thief’s face is covered in black flies, a visual reference for one of Maison Martin Margiela’s masks, designed for the show.

The influence from The Holy Mountain, however, is more thematic than visual. The film, much like the show, is an experience and asserts its focus on a biblical redemption story; similarly, Kanye West’s show is focused on a similar journey, one of self-realization and self-discovery, as evidenced through the five chapters of the show: Fighting, Rising, Falling, Searching and Finding. These chapters are used to separate the set list and also as a slight break for wardrobe changes.”

After reading the excerpts above, head on over to ArchDaily for the entire article.