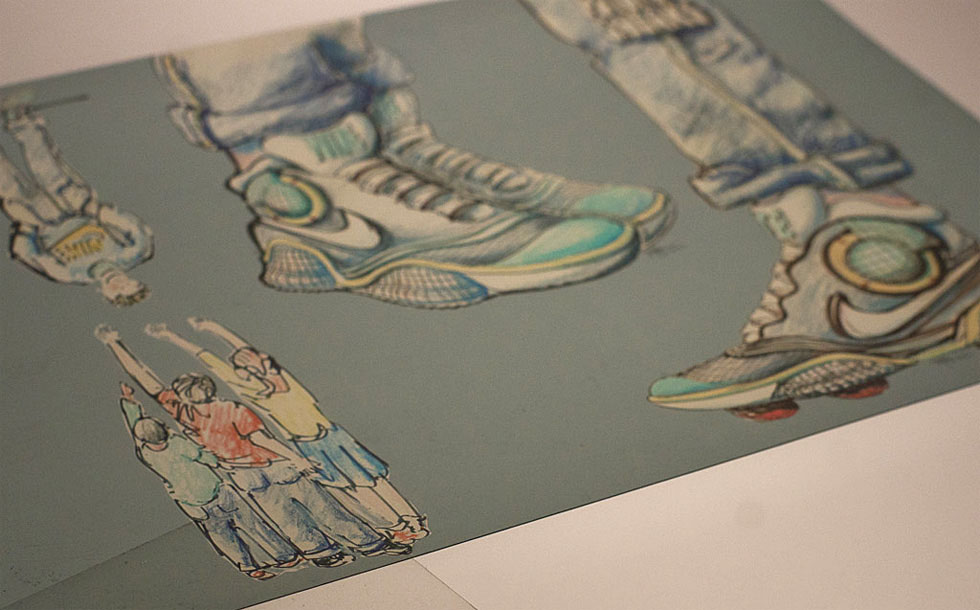 Most of you should remember the 2011 release of the iconic Nike MAG, an icon that has been a sneaker collector’s dream ever since the Back To The Future movie series. The time had finally come for other people than Marty McFly to wear the Nike sneaker of the future. The fictional high top sneaker released at the time limited to 1500 pairs, all dropped on eBay with the proceeds going to the Michael J. Fox Foundation for Parkinson’s Research. In total, the sneaker auctions brought in just under $6 Million.

Yet there was one thing missing. The original shoe in the movie came with power laces, that would lace-up automatically, and the 2011 release did not have that feature. As amazing as the Nike MAG was, the power lacing system was not ready yet and then again, why should it be? According to the film, Marty McFly was only wearing the sneaker in 2015. Last week during an interview at the Jordan Brand’s Flight Lab space in New Orleans, Nike designer Tinker Hatfield confirmed to Solecollector that we will be seeing power lacing in 2015. Will it come on a new version of the Nike MAG? That we do not know yet, but we will for sure keep you posted.

Tweet
This entry was posted in DESIGN, STYLE, TECHNOLOGY, CULTURE. Bookmark the permalink.